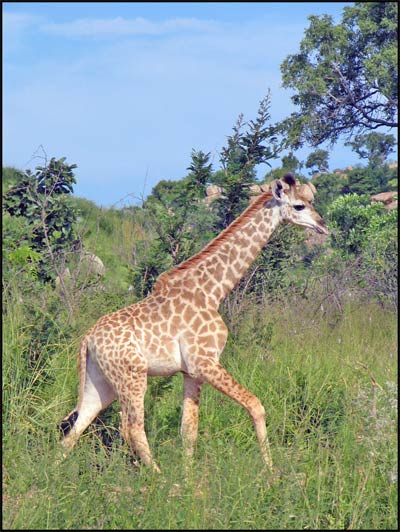 After a gestation period of 15 months, the mother giraffe gives birth to a single calf, in standing position. The calf falls to the ground – what a rough introduction to the world! Twins have been reported but are not common.

In the beginning the calf is hidden in the shade with its mother visiting it, after which it joins a crèche. Females will often strike at danger with their front feet to protect their young.

Baby giraffes are vulnerable to predators such as lions, hyena and leopard. As much as 50% don’t make it past 6 months of age.

They start eating solid food at about 2 months of age but are usually only completely weaned at about 18 months.

When And Where To Get A Baby Giraffe Photo 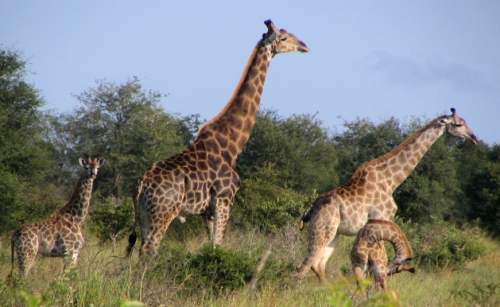 Giraffes don’t give birth at a specific time of the year so it’s got a bit to do with luck for you to find and photograph calves.

The tallest living animal in the world is widely spread throughout Eastern and Southern Africa, with a few sub-species occurring. You should find them in almost all the game parks and reserves on safari.

Which baby is the cutest in Africa? Check the baby animal pictures gallery to decide...